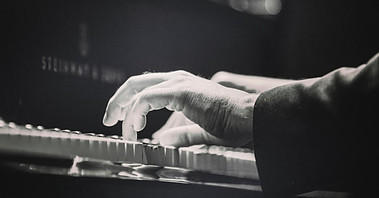 Whenever you learn a new skill, it generally goes a lot faster if you learn from people who are already good at that skill.

If you want to learn how to play piano, you go for piano lessons from a professional player.

If you want to learn how to get better at math, you get a math tutor.

If you want to get fit in the gym, you hire a personal trainer.

Of course, you don’t absolutely need these things. With the advent of youtube and all the free resources on the internet, you could probably learn how to do most of these things yourself.

The problem is when you get stuck on something, it takes a lot longer to get over those humps.

Learning which fingers to use to allow a tune to flow without hitches on the piano.

Understanding how to solve a math problem where you don’t understand the explination by Khan Academy.

Getting over a squat or deadlift plateau in the gym or learning how to effectively achieve a thicker booty or bigger delts as the case may be.

These specific things are hard to do on your own with just the internet to guide you. You never know exactly if you’re doing the right thing. You don’t have anyone making sure you’re not just wasting your time. How do you know fore sure if you’re going in the right direction?

Just like all other skills in life, the best way to learn efficiently is to learn from someone who is already proficient. Sounds easy, right?

The problem with finding people who have already succeeded online is the following:

(1) They overcharge: People who have success online soon figure out that they’re a hot commodity. They understand the system so they know exactly how to get a ton of traffic and to use that traffic well. Esentially, they know how to get people to buy things. They soon learn they can charge a ton of money and a good number of people will pay insane amounts for a course, which ultimately won’t help them because they won’t have the proper day-in day-out support. The few and far between who actually are willing to mentor you all the way through charge insane amounts of money.

(2) The mentorship provided is bad: A lot of people claiming to mentor people online are actually lying. They say that they’ll offer you support while you’re building your business but then they rarely answer, they give generic answers to your questions and they outsource others (who don’t know what they’re talking about) to answer on thier behalf. Essentially, they’re leveraging their success to scam money out of you.

(3) They’re fake all together: Then, the worst category. People who pretend to have found success online who’ve never actaully made any money but steel the methods of others. These are copy-cats pretending to know what they’re doing to get you to buy a fancy course where they’ve copied information from others. Usually, these people teach you how to make money by getting you to sell the same concept to others. Essentially, they’re running a pyramid scheme of sorts.

I’ve gone through my share of “mentors”. I’ve found people from all  3 categories above.

Paying over $10,000 for courses with “mentorship” included is just a terrible idea that I would highly advise against.

I’ve met amazing people who trully mean well but the mentorship they provide is bad. They over-burden themselves with students and then just don’t have time to properly attend to each person. It’s impossible to learn in this setting.

Then, there’s the people who are just fake all together. These people are essentially just running scams.

Luckily, I found a community that is none of these things. The community was built of:

(1) People who were like me at the time. They were just trying to learn how to built an online business that worked.

(2) Thousands who had already built a successful online business that I could reach out to at any time through message. Sometimes they answered in a helpful way and sometimes they didn’t.

(4) A few dozen experts making at least hundreds of thousands per year that it was a bit tougher to get a hold of but they would always answer in a few days time.

I’ve now been part of this community for the past 5 years. It’s helped me go from floundering all over the place to actually learning how to build a business step by step.

I now run 3 online businesses single-handedly: one about horses, one about art and this one!

The best part is that you can try before you pay anything. You can try for $0 (no credit cards either).

Sounding too good to be true? That’s what I thought at first too.

If you decided to give it a try, find me and send me a message! I’d be more than happy to provide support whenever you need it 🙂

P.S. If you found this article helpful, please pin it for later and share with friends! 💖💖💖